Perennials, like old friends, return year after year growing in stature and size until they reach their full maturity. They may die to the ground during the winter, but return each spring. Cold sensitive, or tender perennials are often used as flowering annuals where winter temperatures dip below freezing. It may take a perennial several years to become truly established and give its best show. Individual blooming seasons for each perennial are much shorter than annuals, although a few will bloom almost all summer. Perennials will require some care, including deadheading, cutting back and watering. However, compared to annuals, they are very low maintenance.

Check out our comprehensive list of Drought Tolerant Perennials.

Check out our comprehensive list of Moist Tolerant Perennials.

Less than 4 hours of sun per day.

Perennials for Northern Minnesota with the minimum annual temperature -40°F to -30°F. 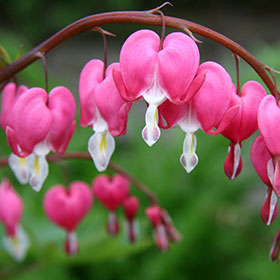 Perk Up Your Perennials

Click the link to learn more about our Rewards Program!